The Swat Cap House, a small shop located at the centre of the main Mingora city, still carries the responsibility of making the traditional

The Swat Cap House, a small shop located at the centre of the main Mingora city, still carries the responsibility of making the traditional cap of Swat, known as ‘Swati Cap’ or Pakol.

The history of the Swati cap can be traced back to the rule of last Wali of Swat Miangul Abdul Haq Jahanzeb who, after being chosen as the Wali of Swat in 1949, felt the need for such a cap that would become a symbol of the Swat state and also give identification to the people living in Swat under his rule.

The Wali had been a frequent traveller and keen observer. He saw people of the then princely states of Dir and Chitral wearing their own traditional caps approved by their respective rulers. Finally, the Wali of Swat decided to have a specific cap.

“One day, Wali sahib called on my father the late Fazal Karim Jan, at his residency in Saidu Sharif, and assigned him the task of designing a cap which we now-a-days call the Swati cap,” Said 65-year-old Malak Aurang Zeb, the owner of the Swat Cap House.

“Wali sahib, during the meeting with my father, also gave him a P-cap that he brought from England and instructed him to copy that (P-cap) and come back with a new design within two weeks.”

“It took my father and uncle Khurshed Ahmad (a retired chemistry professor) more than twenty days (to finally make the cap),” Aurangzeb said, adding, “The very next day, both my father and uncle were present at Wali sahib’s residency and showed him the newly-designed cap.”

Aurang Zeb told The Express Tribune about the situation of his father and uncle when they met at the residency, as they had failed to meet the deadline of two weeks given to them by the Wali.

“At first, the Wali sahib looked very angry and was not willing to meet them, but when they insisted and showed him the cap, the Wali sahib became happy and praised them for achieving the task.”

He said after judging the cap from various angles, Wali sahib had been left with no option but to make wearing the cap mandatory on every man. “Although the decision was taken some six decades ago when Swat enjoyed the status of a princely state, people of all ages still like to put on their heads the Swati cap.” 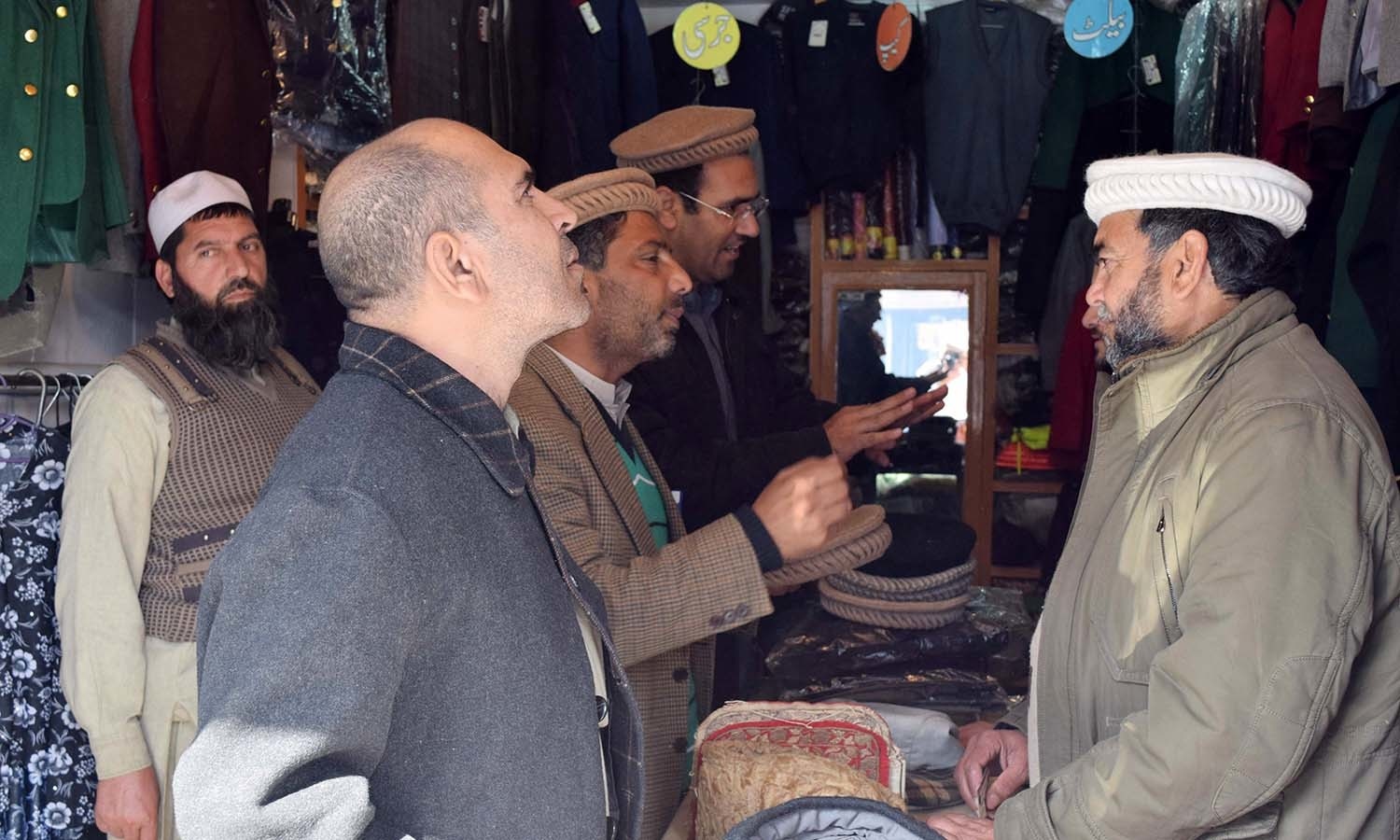 Aurang Zeb also said: “My father and other family members not only designed the cap, they also prepared gifts for various state guests, including a shawl for England’s Queen Elizabeth II when she visited Swat back in 1961.” Besides the shawl for Elizabeth II, they also gifted a shawl to Rana Liaquat Ali Khan, the wife of the first prime minister of Pakistan, he said.

“Our family also designed badges and nameplates for policemen and militiamen,” Aurang Zeb said and added that her mother would also do the same job and was assigned the task of making the flag of the Swat state. “The flag of the Swat state was entirely green and at the centre it featured a castle. My mother stitched the flag with extreme care,” Aurang Zeb told The Express Tribune. After the merger of the Swat with Pakistan in 1969, the majority of state’s rules and regulations made by the Wali of Swat to govern the state were abolished. Syed Saif Ullah, who lives in Mingora, said: “The Swati Cap is still popular among all age groups.”