For most stray dogs, life rarely has happy endings. There is no Lady to their Tramp, and no Dear family to adopt them. Their

For most stray dogs, life rarely has happy endings. There is no Lady to their Tramp, and no Dear family to adopt them. Their collar-free lives are littered with instances of picking at scraps to survive, being beaten or threatened by mean passersby, and eventually ending prematurely with a poisoned meal or a bullet fired during a culling operation.

Long story short, it’s not exactly how best friends would expect to be treated. Pointing to a group of strays sitting under a tree, Zeba Masood tells The Express Tribune how “they are voiceless. They can’t raise their voice whenever they are hurt by human beings in various ways.” 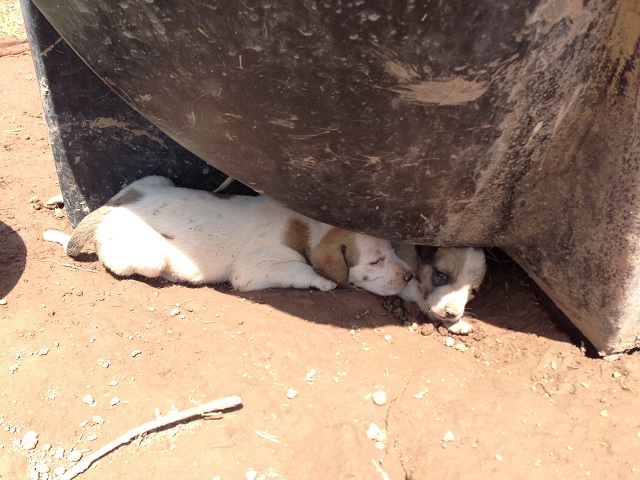 Masood, a 59-year-old animal rights activist, is a Pakistan-American who was born in Peshawar. She has opened an animal shelter where she feeds and maintains stray dogs – both adults and puppies. The facility, the city’s first-ever dog shelter, is named ‘Lucky Animal Protection Shelter’ and is located in the Canal Road area.

The shelter is now home to around 30 dogs taken in from various streets of the city. The operation is largely self-funded, with a small portion provided by a private engineering university, which is owned by Masood’s father. The area has been fenced and paved, with covered enclosures for the dogs to sleep in. But it’s not just room and board for Tramp.

While walking into the shelter, Masood was calling the dogs by name and they would approach when called. “They are now like pets. Whenever I enter the shelter, they all rush to my side to welcome me.”

Masood is feeding the dogs on a daily diet of bones and meat from butcher shops, along with some grain and milk. “It costs around Rs500 to Rs600 per day to feed them.”

The idea of establishing a shelter had been at the back of Masood’s mind for the last few years. Now that it is operational, she told The Express Tribune that even such small efforts can make a big difference in creating public awareness about animal rights.

“The stray dog population is increasing every passing day and there isn’t any way out to control it,” Masood said, adding that her shelter would help neuter the dogs to restrict their population growth.”

Masood added that animal shelters are rare in Pakistan, and people are not well aware of animal rights. “Taking care of them is both a humane and a religious obligation of every human being,” she said. 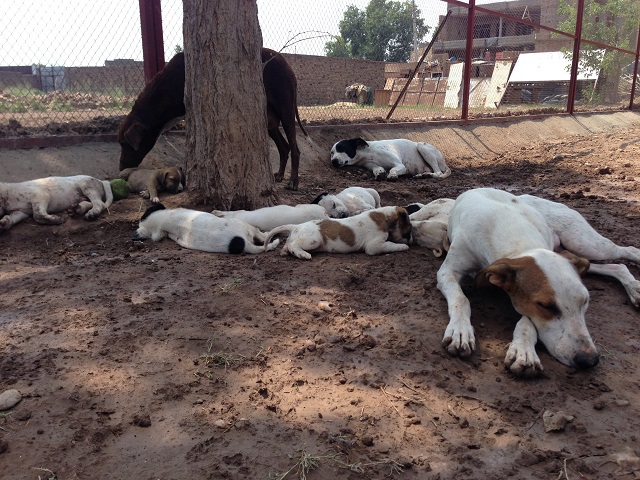 She also noted the hypocrisy of some people who keep pedigree dogs. “Some people keep quality breeds just for show. They don’t care about stray dogs or even other animals,” she said.

She added that the shelter would not be just for dogs. In due course, it will begin housing other animals as well. “I am an animal lover, not a lover of any specific breed of dog or animals.”

When asked about how she covered the expense of the facility, she said the house was established some three months ago and that the expenses are borne by her family, a few friends in America, and some youth volunteers from Peshawar. 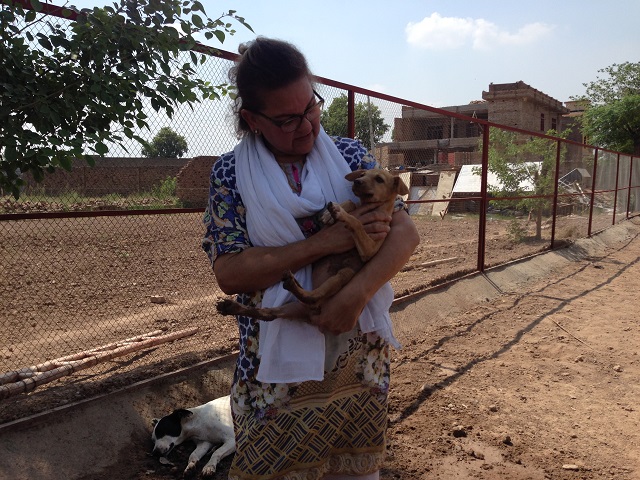 “People have now started getting interested,” she said as she points to four puppies that were brought to the shelter by a family in Hayatabad that found out about the facility.

She said some animal rights organisations were also helping in bearing the expenses of the shelter. However, she said it would need more funding if it were to be expanded into a facility where other animals could also be given proper care.

She lamented that municipalities opt for poisoning or otherwise killing dogs instead of trying to effectively manage their populations.

“Instead of killing the dogs, they should be neutered so that populations don’t grow further,” she suggested, adding, this was just a matter of generating awareness among the masses and the government.

She urged people to bring any stray dogs they have seen in their streets or neighbourhoods and assured that they would be treated with love at the shelter. 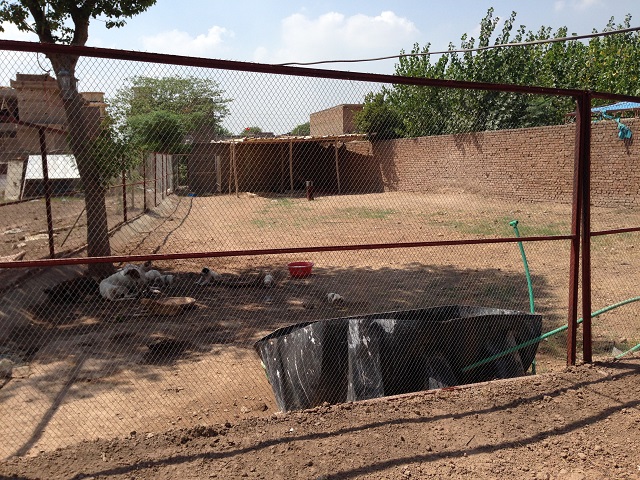 “They can’t speak, so it’s our responsibility as human beings to take care of them,” she added that it would also help keep the environment clean and healthy while reducing the number of dog bite incidents.

And in the meantime, though going to the centre may mean neutering and no more puppies for these Tramp’s collar-free buddies, at least it gives them a chance to meet their own Dear families.