The old city of Peshawar is home to many gems. One of them is Namak Mandi, the city’s most authentic eat street, home to,

The old city of Peshawar is home to many gems. One of them is Namak Mandi, the city’s most authentic eat street, home to, among others, an assortment of Charsi Tikkahs, Chapli Kababs, and Kabali Pulao. But recently, the sale of Middle Eastern meat delicacies is giving sellers of traditional savories a run for their money.

The Arabic-style whole roasted lamb is so popular among visitors, they are willing to wait for hours to get their share. To save time, some even book their orders in advance.

“We use special spices to prepare the Arabic-style lamb roast,” said Muhammad Arif, who is known for selling traditional meat dishes from Balochistan and the Middle East at Namak Mandi.

According to Arif, the beautifully slow-roasted lamb, a popular delight, to share with family over Eidul Adha, can take up to five hours to cook. On any other day, Arif said, the popular lamb roast would sell for Rs1,400 per kilogram. However, popularity and prices, both spiked, during Eidul Adha, he claimed.

But even high prices weren’t enough to keep lovers of the Middle Eastern meat delight, away from Arif’s outlet. They flocked in their hundreds to pay as much as Rs5,000 per order to get their share.

Arif claimed to have served the famous meat dish to Prime Minister Imran Khan, who according to him, was pleased by the texture and unique taste of the meat. 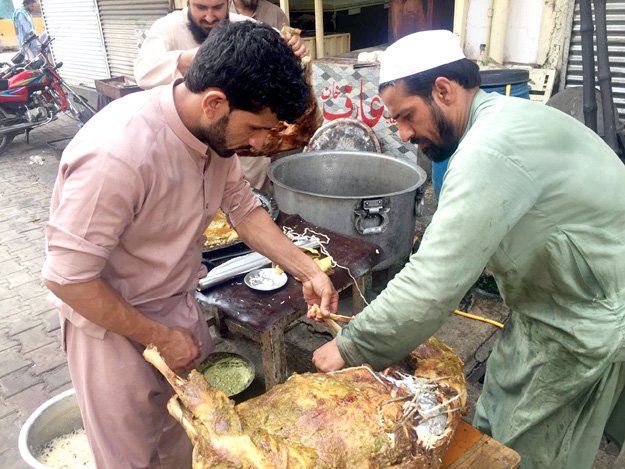 Even while eating at Arif’s outlet costs way more than it did a few years ago, loyal clients have nothing but praise for the extraordinary taste.

“The dish costs more as the price of meat has gone up. But we are happy to pay Rs5,000 for a delicious meal,” said Sardar Waqas, a regular at Arif’s outlet.

Arif blames the increase in the cost of spices and other expenses for the price hike.

“Everything is so expensive. I’ve no choice but to increase the price,”Arif explained.

There is something unique about the way Arif cooks the meat. Many of his frequent customers believe the warm spices, the aroma, and the deliciously slow-roasted meat keeps bringing them back to the food joint. 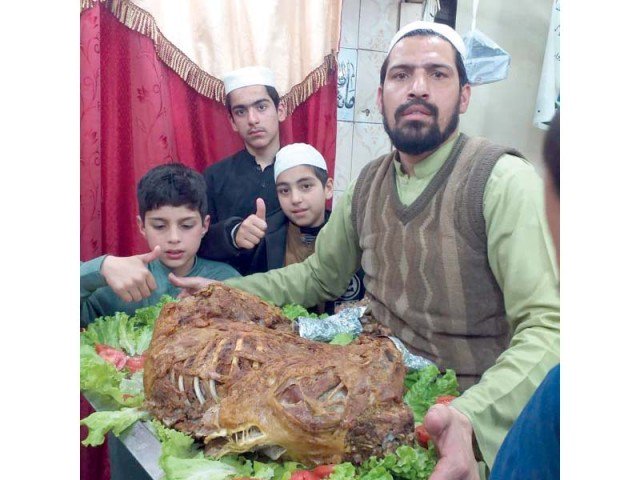 Even while the cost has gone up, clients like Abdul Samad are willing to pay for it. “It is easy to eat at Arif’s outlet now. Friends pitch money, five thousand each, and you can have a nice Arabic lamb,” Sardar Waqas said. Home to the city’s most legendary street food institutions, Namak Mandi is a must-visit for anyone wanting to sample the taste of Peshawar.

For now, a fragrant slow-roasted lamb, the sight of well-cooked, mouthwatering falling-off-the-bone meat, is enthralling new and old visitors.

How to prepare Shinwari Karahi